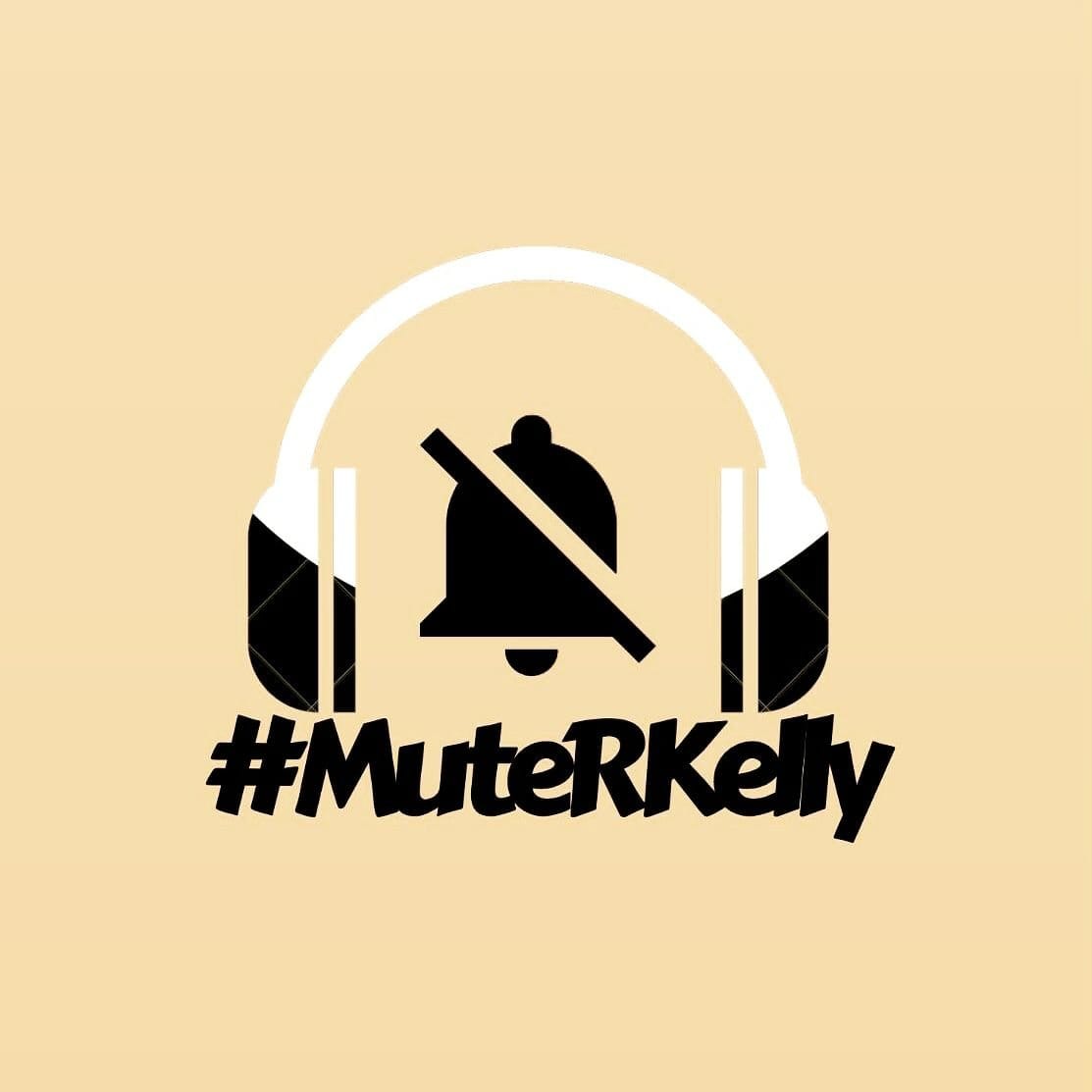 Launched in July 2018 by Kenyette Barnes and Oronike Odeleye, “#MuteRKelly is a nationwide grassroots movement to end the career of R&B singer and sexual abuser of young Black women, R. Kelly.” 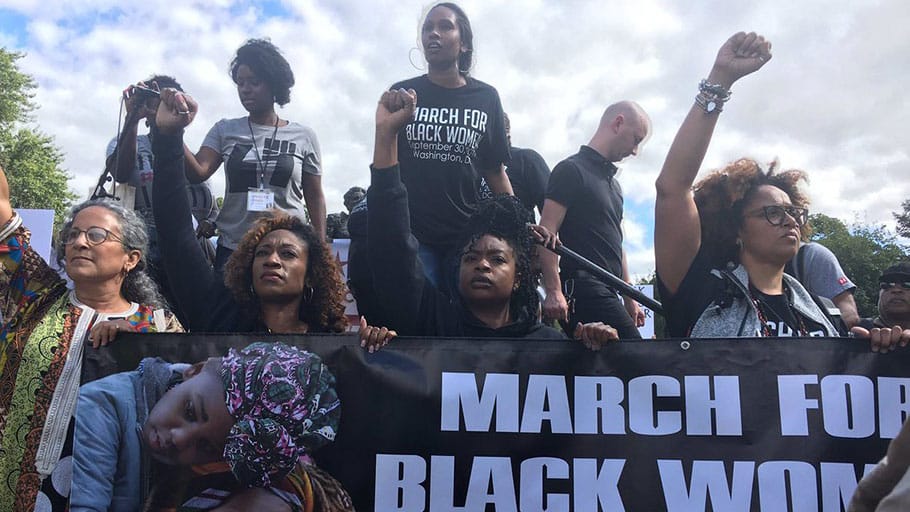 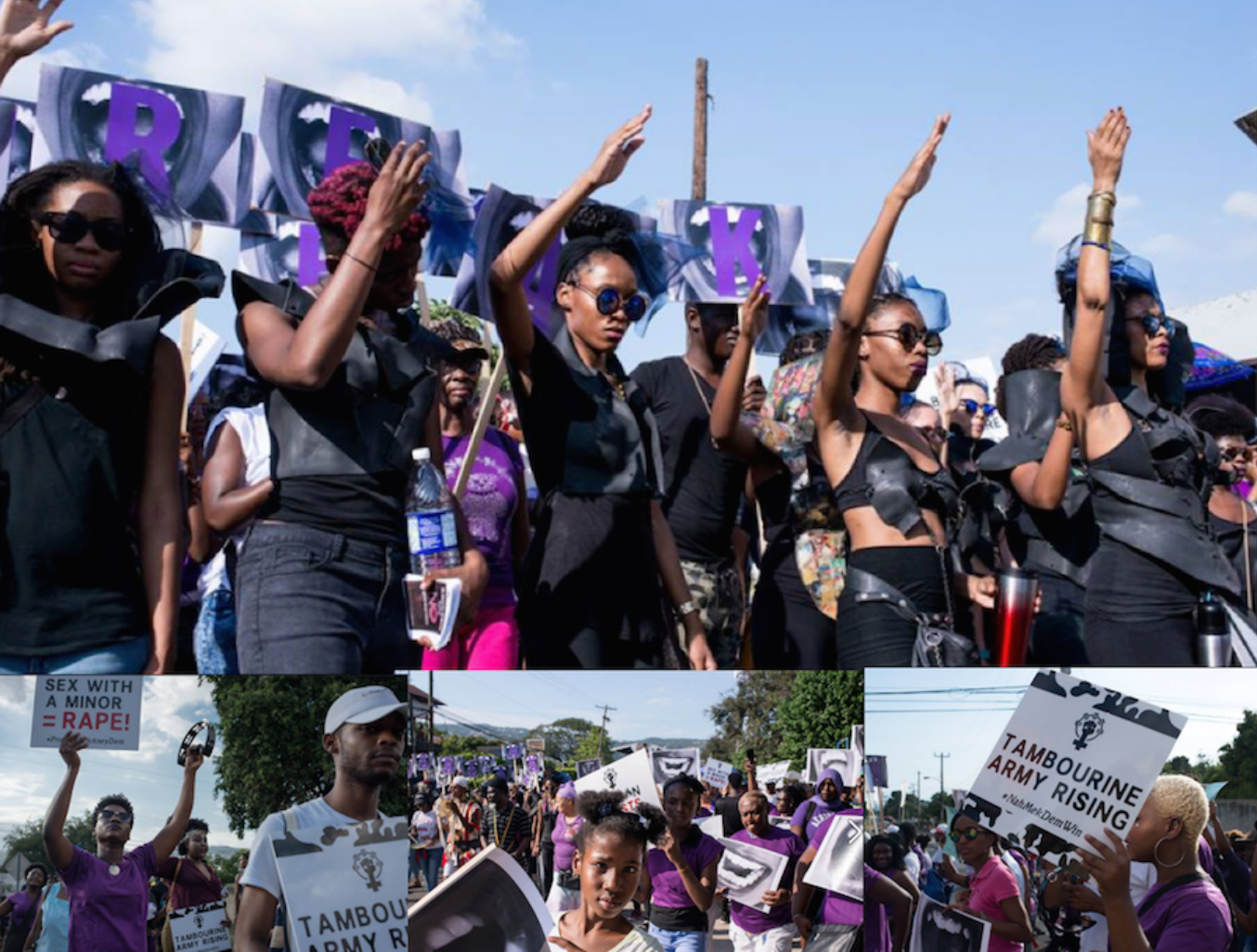 According to Danielle Roper and Traci-Ann Wint, in their article, “The Tambourine Army: Sonic Disruptions and the Politics of Respectability”: “In 2017, the radical women’s rights group known as the Tambourine Army emerged in response to gender-based violence, sexual abuse, and structures of impunity in Jamaica. The group used hashtags, organized marches, and teach-ins to encourage women to speak out against their abusers, to break the silence surrounding sexual abuse, and to advocate for survivors.” 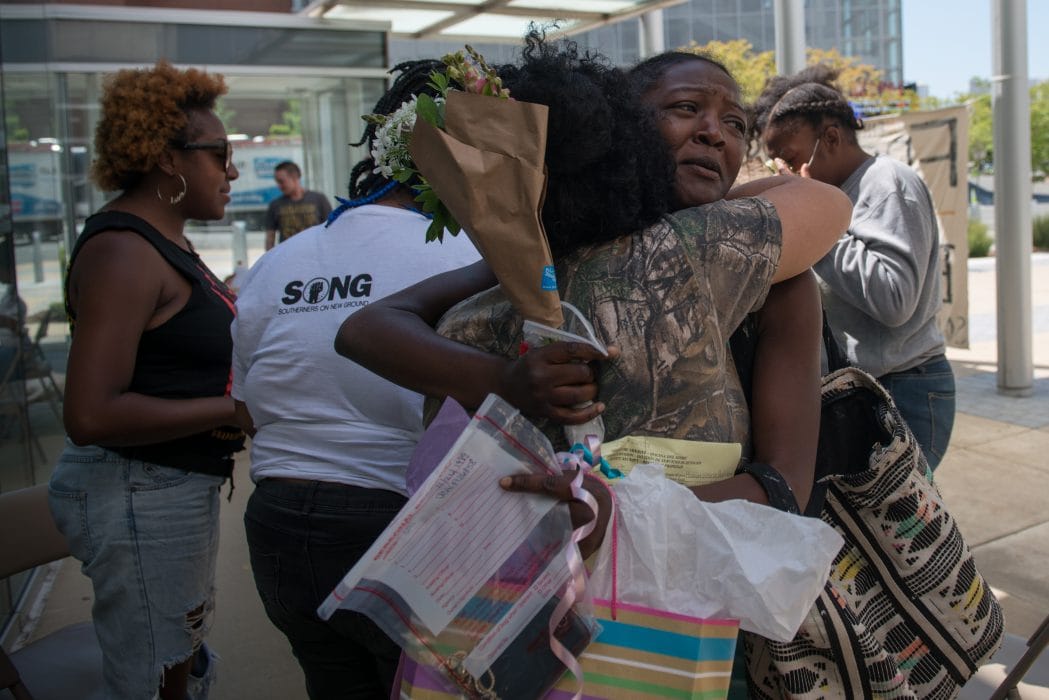 Black Mama’s Bail Out began in 2017 with an invitation from Mary Hooks, the former co-director of Southerners on New Ground (SONG), who invited a small group of organizers to join a tactical mass bailout. From an invitation, it has grown into a campaign led by the National Bail Out Collective to bail out Black mamas and caregivers from jails and migrant detention centers across the country every year before Mother’s Day. 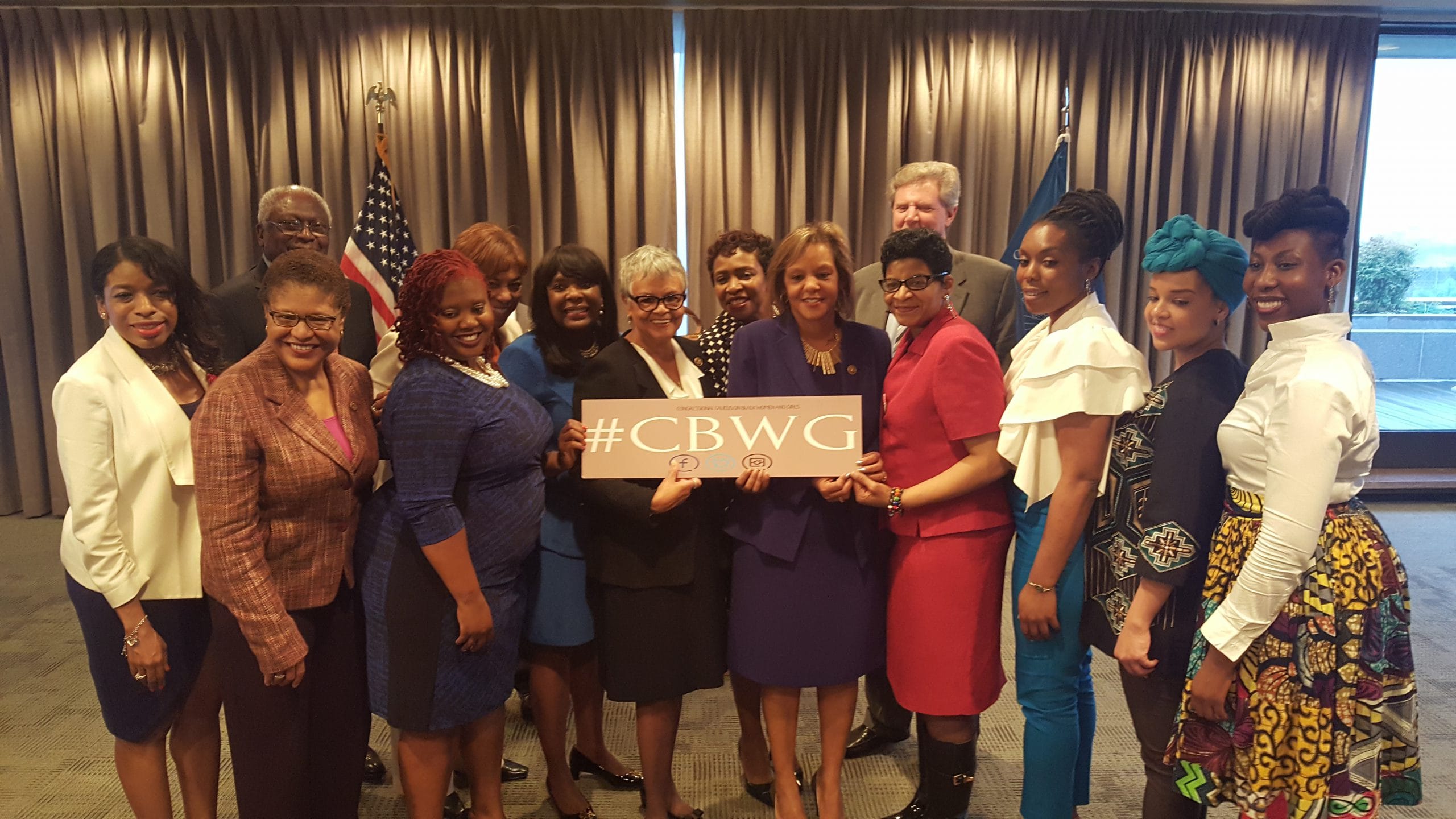 In 2016, the Congressional Caucus on Black Women and Girls was founded to ensure that issues important to the wellness of Black women and girls were prioritized. The caucus was inspired by the #SheWoke Committee, which organized for the protection of Black women in the wake of the murder of Sandra Bland. The co-chairs of the caucus are Rep. Bonnie Watson Coleman (D–NJ 12th District), Rep. Robin Kelly (D–IL 2nd District), and Rep. Yvette Clarke (D–NY 9th District). 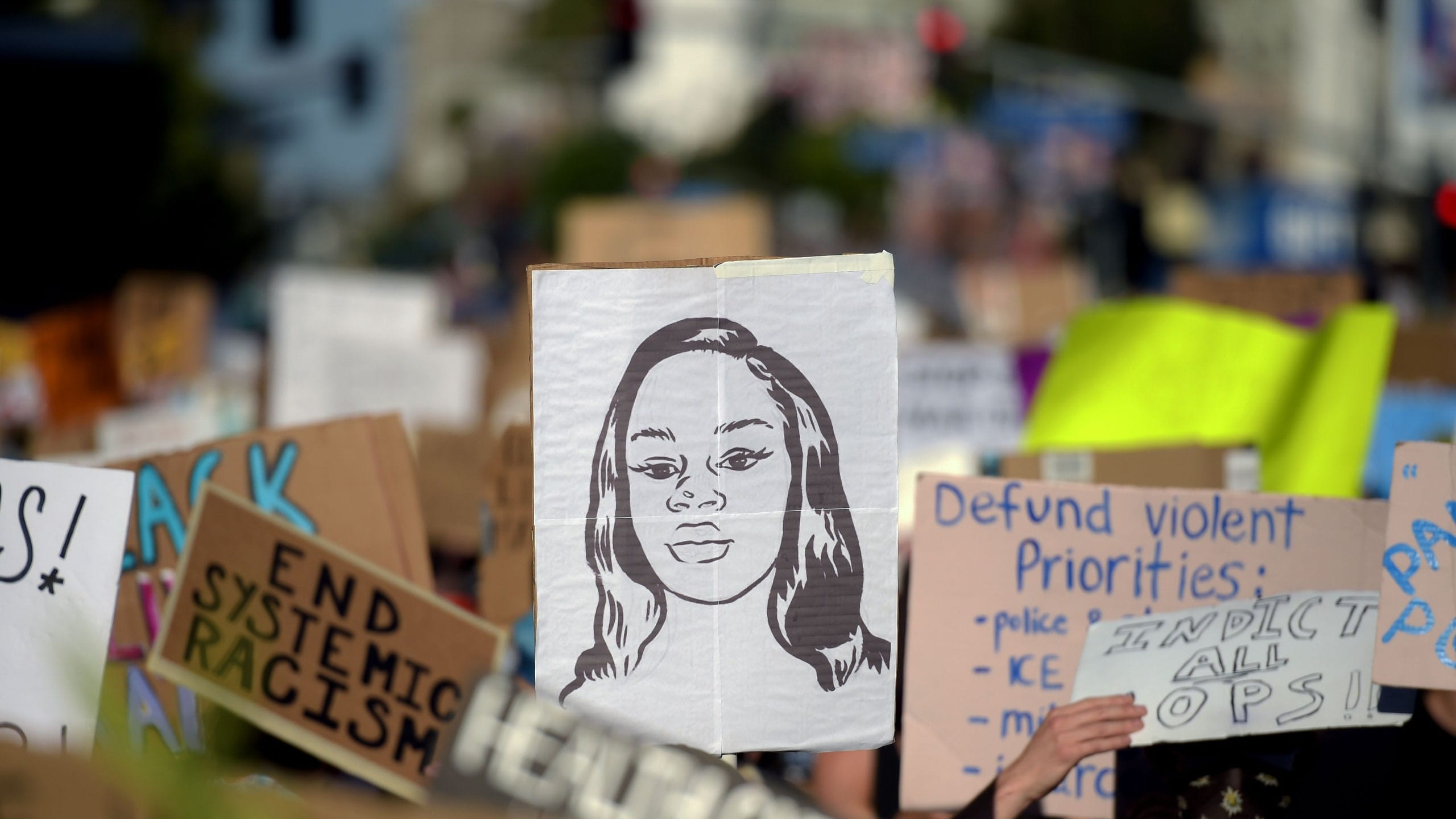 Launched in December 2014 by the African American Policy Forum (AAPF) and Center for Intersectionality and Social Policy Studies (CISPS), the #SayHerName campaign brings awareness to the often invisible names and stories of Black women and girls who have been victimized by racist police violence, and provides support to their families. . . . On May 20th, 2015, at Union Square in New York City, AAPF hosted #SayHerName: A Vigil in Memory of Black Women and Girls Killed by the Police. For the first time, family members of Black women killed by police came together from across the country for a powerful vigil designed to draw attention to their loved ones’ stories. The family members of Alberta Spruill, Rekia Boyd, Shantel Davis, Shelly Frey, Kayla Moore, Kyam Livingston, Miriam Carey, Michelle Cusseaux, and Tanisha Anderson were present and supported by hundreds of attendees, activists, and stakeholders.
​ 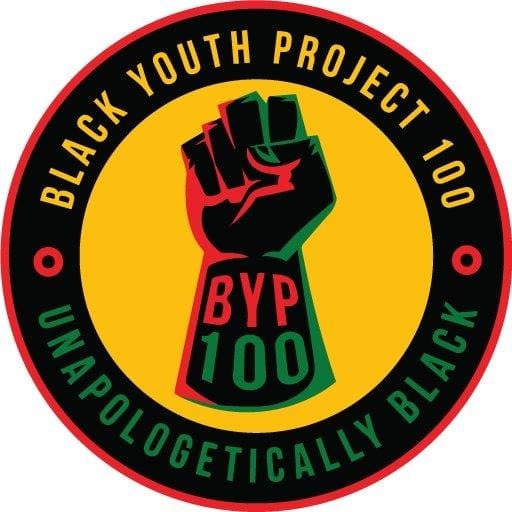 Founded in 2013, BYP100 (Black Youth Project 100) is a member-based organization of Black youth activists creating justice and freedom for all Black people. BYP100 was, at one point, just a hashtag for the 2013 “Beyond November Movement Convening” developed through the vision and leadership of Cathy Cohen. 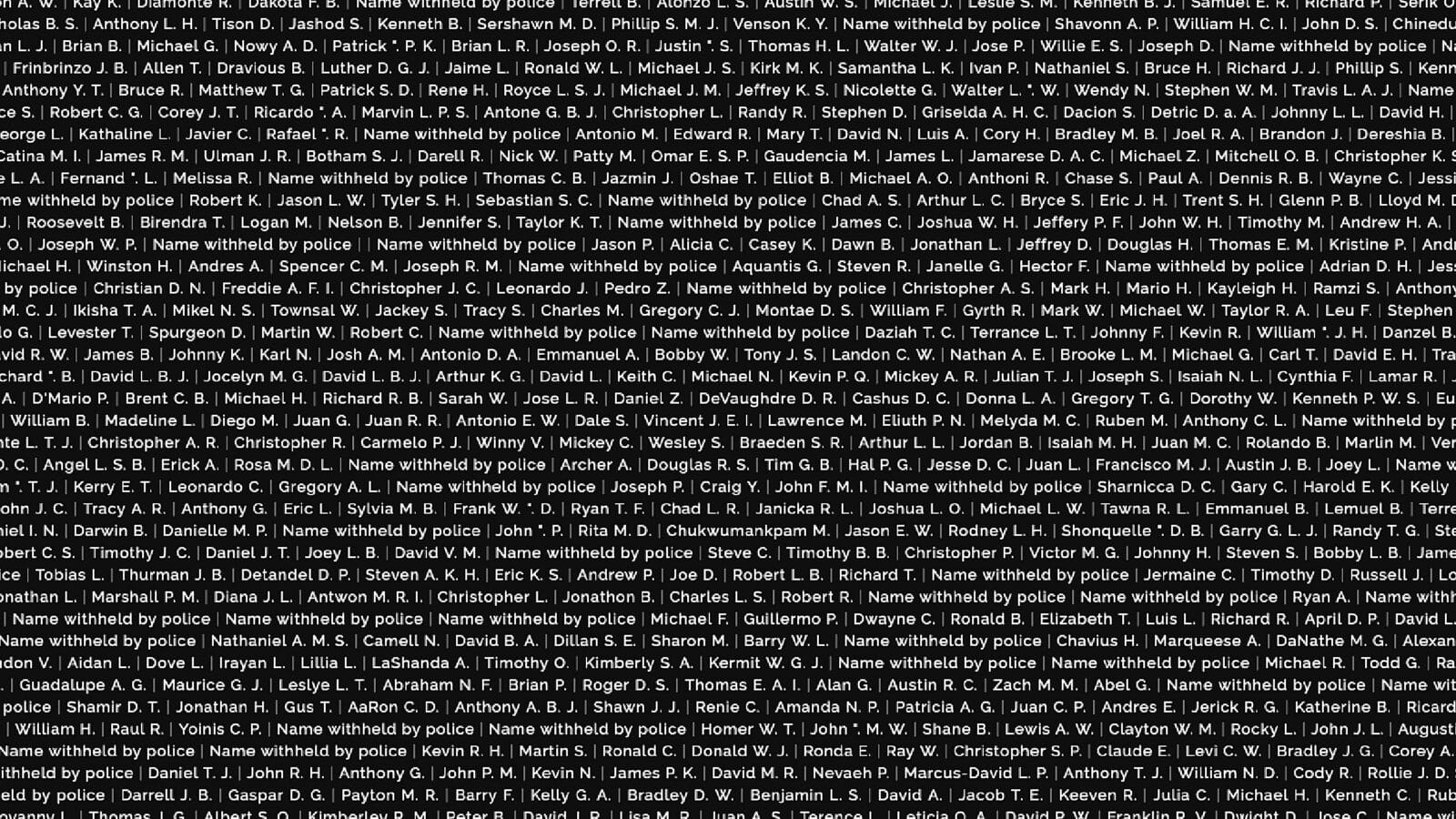 On June 5, 2011, CeCe McDonald, a 23-year-old Black transgender woman, was verbally and physically assaulted by a group of white people while out with her friends. As she tried to break away from the fight, a man named Dean Schmitz followed her. McDonald stabbed him in self-defense, and Schmitz passed away from the wound. McDonald initially refused to accept the plea deal of first-degree manslaughter. However, on May 2, 2012, after prosecutors sentenced her with second-degree intentional murder (which could result in a 40-year sentence), she was coerced into accepting the plea deal, which resulted in a 41-month prison sentence. An immediate outcry ensued from activists who stated that McDonald is “on trial for surviving a hate crime.”