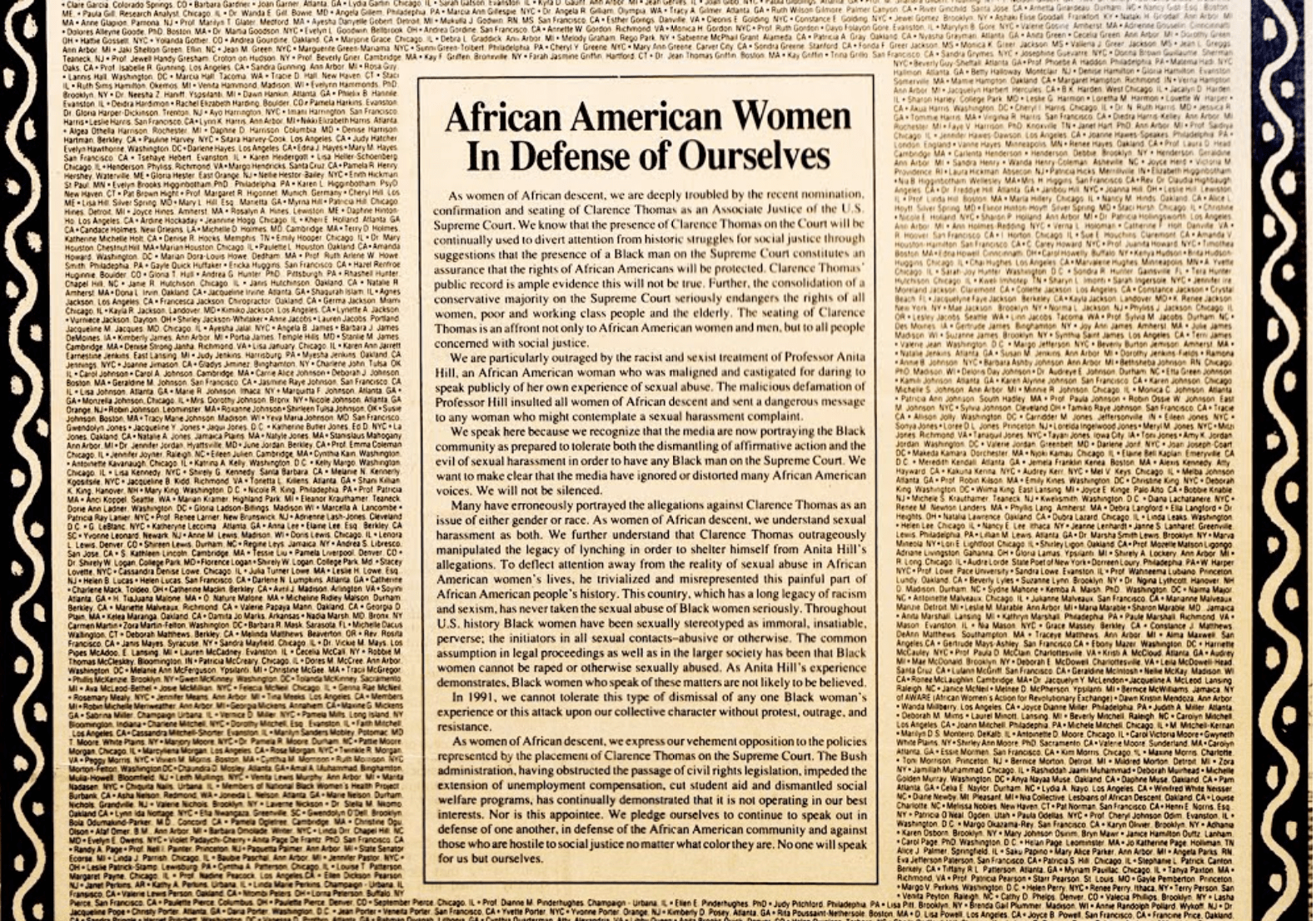 On November 17, 1991, Elsa Barkley Brown, Debra King, and Barbara Ransby organized 1,600 Black women to take out an advertisement in the New York Times and seven Black newspapers. In this advertisement, they voiced their opposition to Clarence Thomas’s seat on the U.S. Supreme Court and spoke out against the mistreatment of Anita Hill. The advertisement, which emphasizes that all that Black women have is each other, includes the 1,600 names of the Black women who pledged to continue to speak out against injustice.