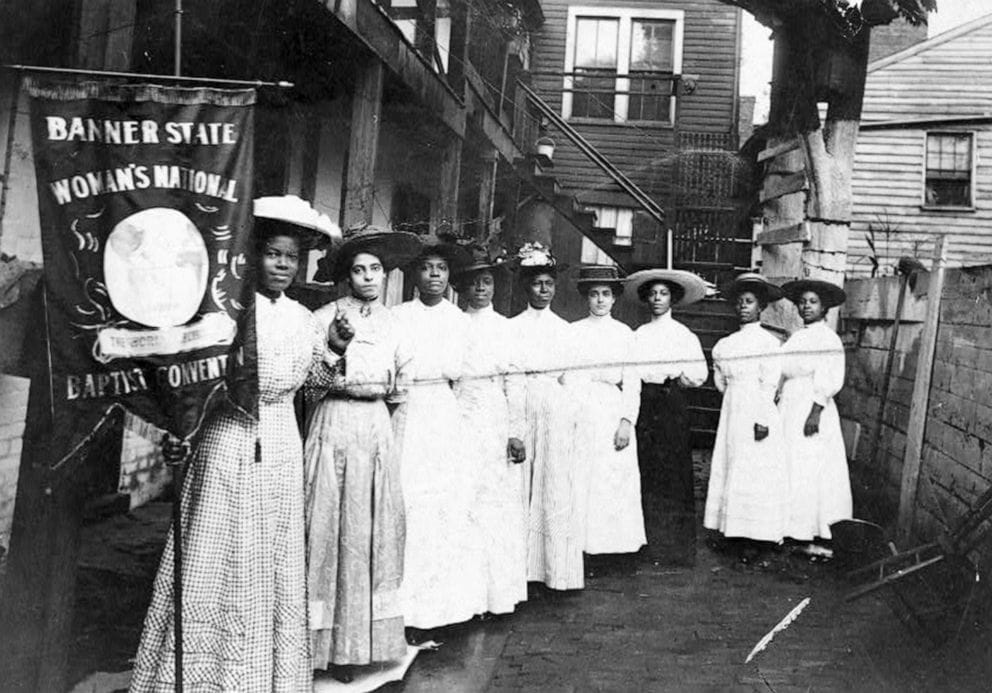 During the 1820s and 30s, most states granted all white men the right to vote, but the road to suffrage for women was much longer. During the Seneca Falls Convention in 1848, abolitionist activists asserted that women are equal to men and should have the right to vote. Black women, however, were excluded from meetings with organizations like National American Woman Suffrage Association and often had to march separately from white women. Despite this exclusion, Black women played a critical role in getting the 19th Amendment ratified on August 18, 1920, allowing more than eight million women across the United States to vote in elections for the first time.