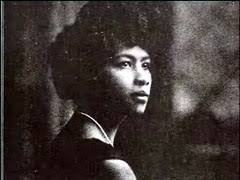 Amy Jacques Garvey (1895–1973) was a Jamaican editor, feminist, and activist who played a pivotal role in the Pan-Africanism movement. She was also the second wife of Marcus Garvey and played a significant role in his life and career. In 1924, she became an associate editor of The Negro World and introduced a page called “Our Women and What They Think.” This section included international news about women, poetry, and more.