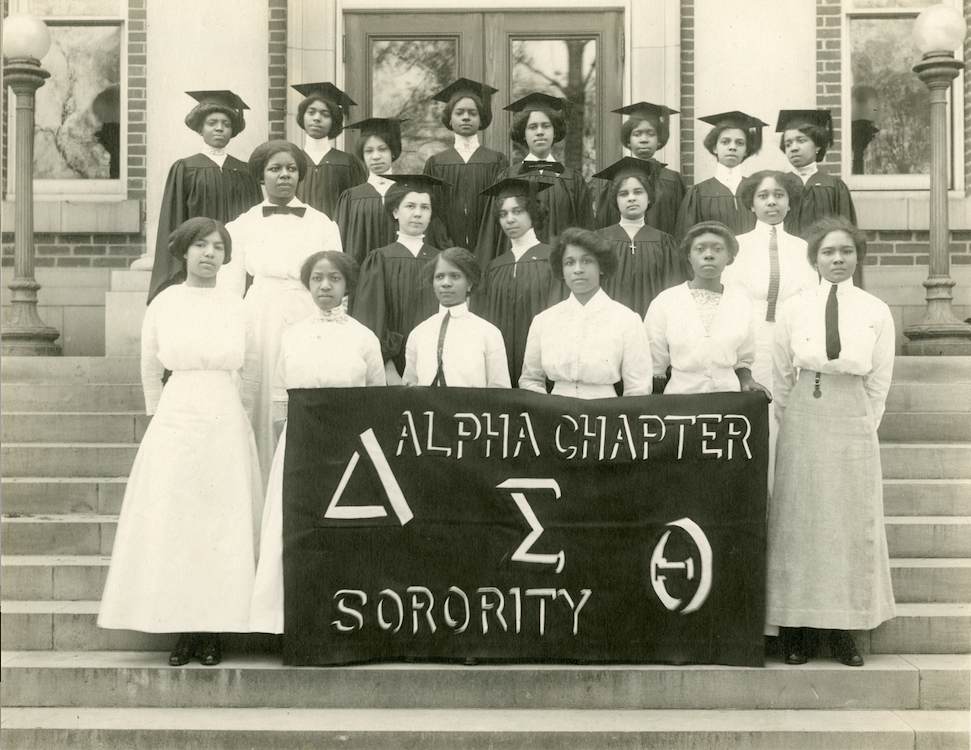 Black women’s involvement with the suffrage movement has been so heavily invisibilized that it is almost impossible to find images documenting their participation. One photograph that we do have, however, is of Black women who were founding members of Delta Sigma Theta Sorority, Inc. and students at Howard University attending the Woman Suffrage March. It is said that participating in the 1913 Suffrage March was the Deltas’ first political act. Even though some of the most prominent suffragettes opposed their participation, the Deltas marched in solidarity with white women, although it would take them much longer to have their own rights actualized.