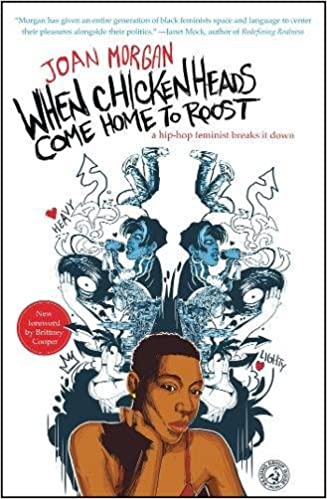 Joan Morgan’s 1999 book When Chickenheads Come Home to Roost: A Hip-Hop Feminist Breaks It Down “offers a provocative and powerful look into the life of the modern Black woman: a complex world in which feminists often have not-so-clandestine affairs with the most sexist of men, where women who treasure their independence frequently prefer men who pick up the tab, where the deluge of babymothers and babyfathers reminds Black women who long for marriage that traditional nuclear families are a reality for less than 40 percent of the population, and where Black women are forced to make sense of a world where truth is no longer black and white but subtle, intriguing shades of gray.”