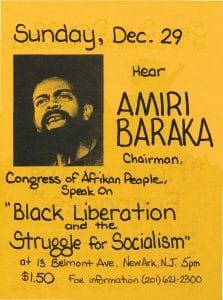 In the 1970s, the Congress of Afrikan People (CAP), which later became known as the Revolutionary Communist League (Marxist-Leninist-Mao Tse-tung Thought), began as a Black nationalist party and later transitioned into a Black Maoist organization. The intent of the organization was to bring together civil-rights activists, Pan-Africanists, and Black nationalists to form a Black political party. The purpose of CAP was not only to gain political power in the U.S., but also to build and nurture international alliances.