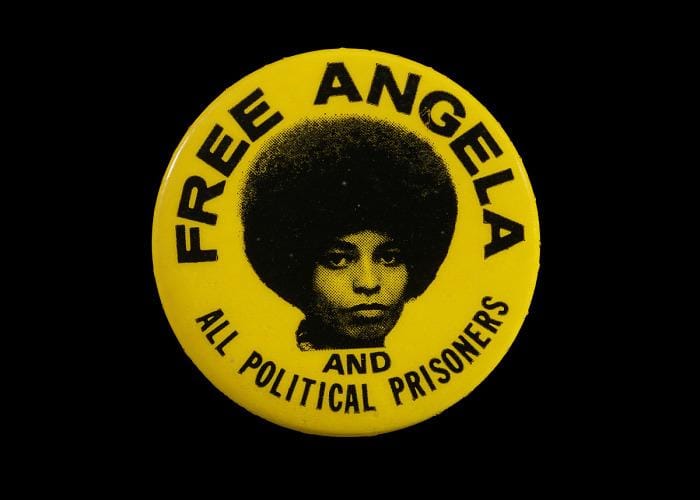 On October 13, 1970 Angela Davis was arrested in connection to the failed prison escape of the Soledad brothers. Davis, who was not even aware of the escape plan, was incarcerated for 18 months. Her incarceration sparked the “Free Angela” movement. During this time, people protested, wore “Free Angela Davis” buttons, and created songs advocating for her release.