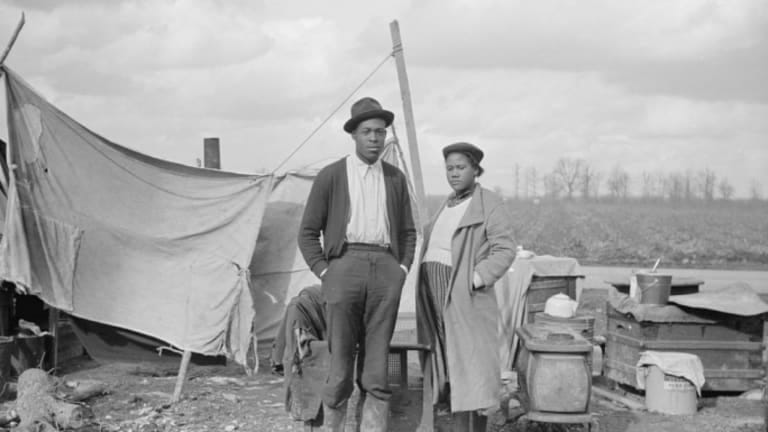 The Great Depression, which spanned from 1929 to 1939, was the most devastating economic downturn in the history of the industrialized world. By 1933, 15 million Americans were unemployed. While many of the images and historical records of that time center white people, Black people were the most severely impacted and were said to be “last hired, first fired.” Due to this, Black people organized and formed grassroots organizations and protests to highlight discriminatory hiring practices. The momentum from these actions influenced and carried over into the civil-rights movement that came decades later.