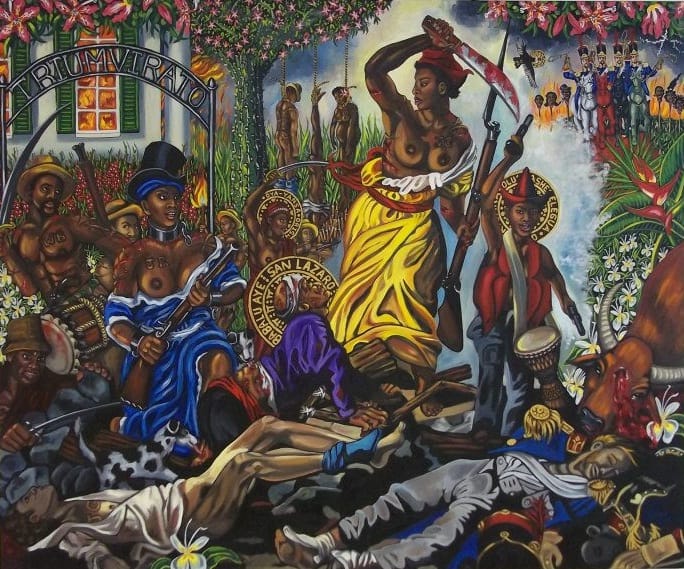 Carlota Lucumi (d. 1844) was a Black woman who helped lead enslaved people in a rebellion that occurred in Mantanzas, Cuba. Firmina, another enslaved woman, helped Lucumi plan the rebellion until she was found distributing information; she was consequently beaten and incarcerated. In Firmina’s absence, Lucumi used music to communicate with people about the rebellion. Her first act in the two-day rebellion was to free Firmina and a dozen other enslaved people. Throughout the rebellion, Lucumi and her followers killed as many white people as they could and destroyed five sugar plantations, as well as a number of coffee and cattle estates. Following the rebellion, Lucumi and Firmina were captured and executed.