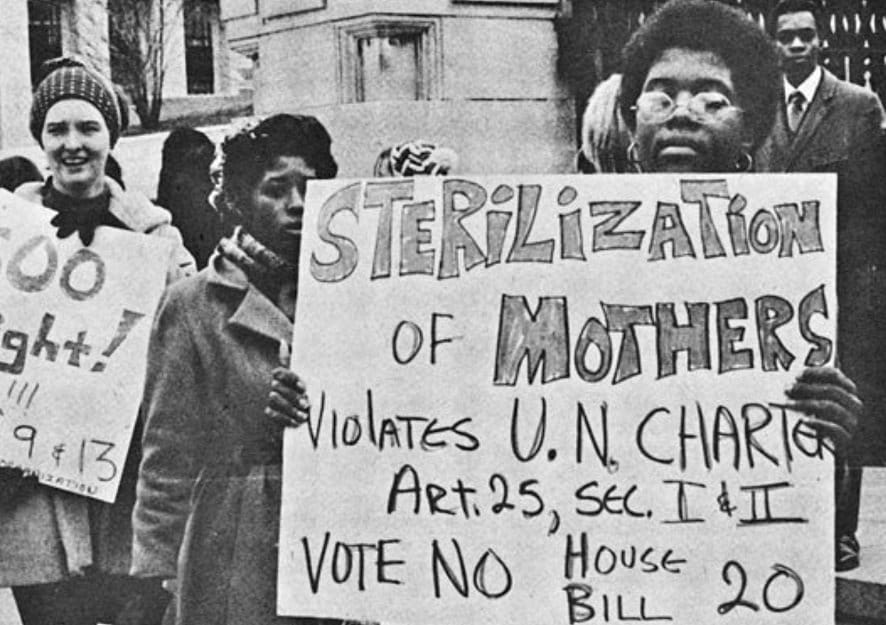 Throughout U.S. history, eugenics has been used as an argument to justify the forced sterilization of “undesirable” populations. These populations include Black and brown people, immigrants, people experiencing incarceration, LGBTQ+ people, poor people, unmarried mothers, disabled people, and people with mental illnesses. For example, approximately 20,000 people in state institutions were forcefully sterilized in California between 1920 and 1950. During the 1960s, the opposition to these atrocities gained momentum as anti-sterilization efforts intersected with the civil-rights movement, the LGBTQ+ rights movement, the anti-psychiatry movement, the disability movement, and the Chicano movement.