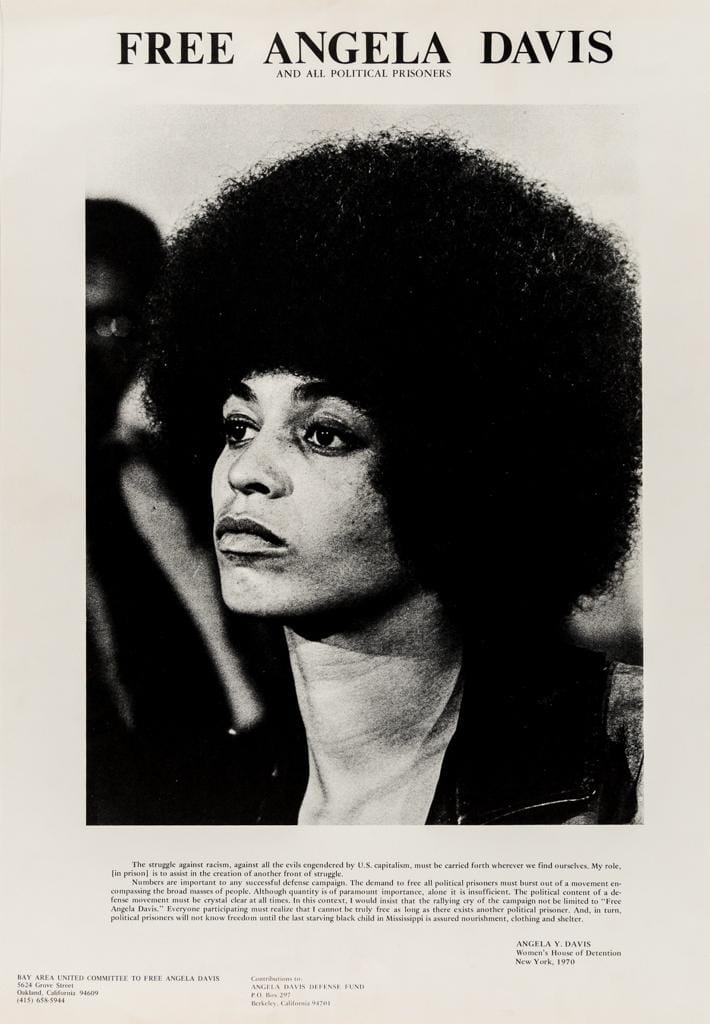 The National United Committee to Free Angela Davis (NUCFAD) was formed shortly after Angela Davis’s arrest in 1970. Franklin Alexander, Davis’s close friend, and Fania Davis Jordan, Davis’s sister, were the national coordinators of NUCFAD. There were at least 60 local committees across the country that worked closely with the national committee staff to advocate for Davis’s freedom. After Davis was freed, the NUCFAD was renamed the Campaign to Free All Political Prisoners (and then, the National Alliance Against Racist and Political Repression). The organization shifted from focusing on a singular case to the broader theme of abolition.