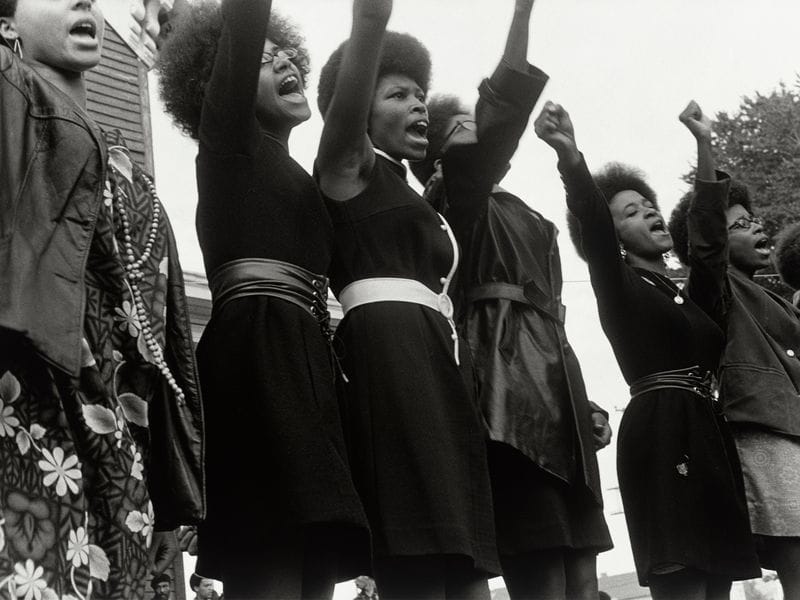 In 1966, Huey Newton and Bobby Seale founded the Black Panther Party, which was originally known as the Black Panther Party for Self-Defense. While it began in Oakland, California, chapters sprung up across the country, including in prisons. The party’s original goal was to defend Black communities against police brutality by patrolling Black neighborhoods. The group eventually evolved into a Marxist revolutionary group that advocated for Black liberation and provided programming such as free breakfast programs, health clinics, ambulance services, and youth institutes. While the party had many successes, Black women justifiably complained about sexism and misogyny in the Black Panther Party.