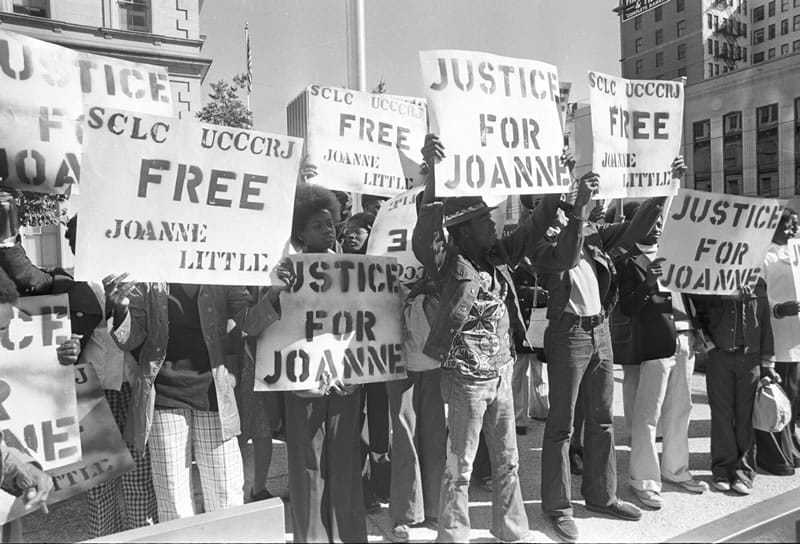 Barnard Center for Research on Women notes, in its video, Joan Little, Survived and Punished: “In 1974, Joan Little was charged with first-degree murder after she stabbed a prison guard who sexually assaulted her at Beaufort County Jail. Joan’s case became a national cause for prisoners’ rights advocates, feminists, people advocating against the death penalty, and for racial justice. Protests about her case were widespread and global. After a five-week trial, the jury, made up of both Black and white people, deliberated for less than 90 minutes before acquitting Little. It was the first time a woman was acquitted of murder on the grounds of self-defense against sexual violence.”