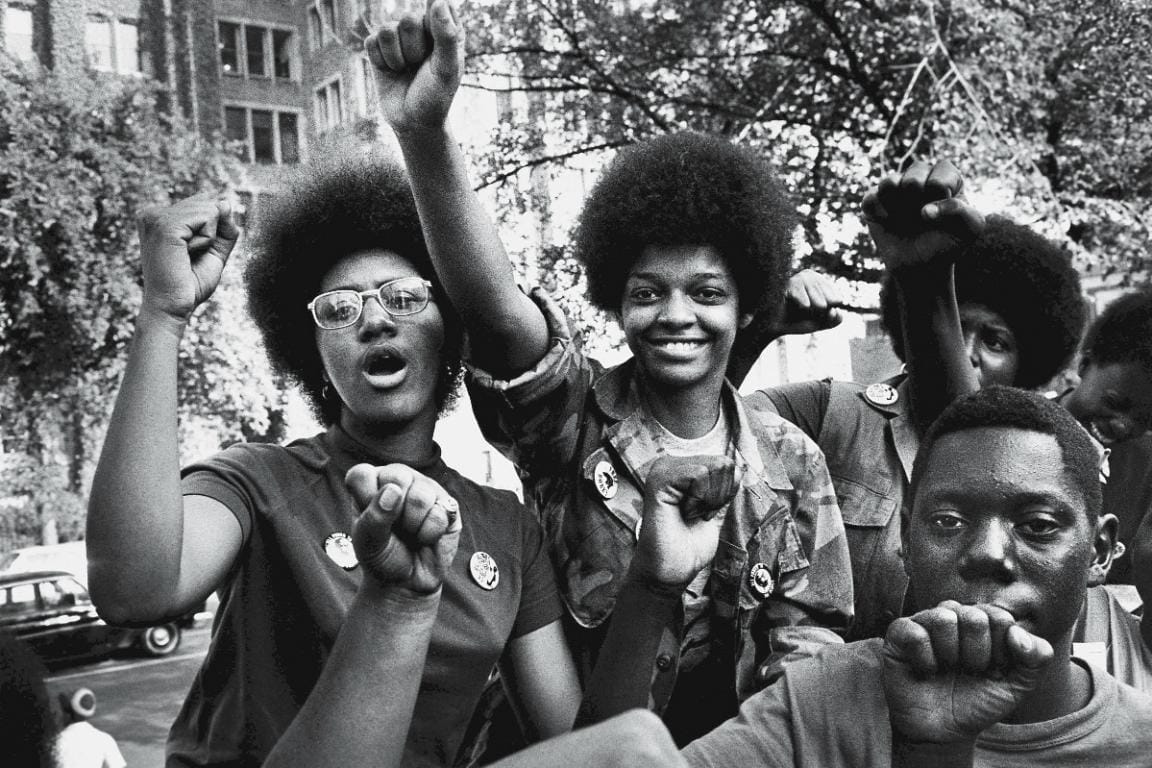 The Black Power movement, which spanned the 1960s and 1970s, was a social and political movement centered on “racial pride, self-sufficiency, and equality for all people of Black and African descent.” In 1966, James Meredith, who was the first Black person to attend the University of Mississippi, was shot as he marched from Memphis, Tennessee, to Jackson, Mississippi, to promote voter registration and protest discrimination. Civil-rights leaders including Martin Luther King, Jr., Stokely Carmichael, and Floyd McKissick agreed to continue the “March Against Fear” in his name. At a rally on June 16, Carmichael led chants that included the phrase “Black power,” thus formally sparking the beginning of the movement.