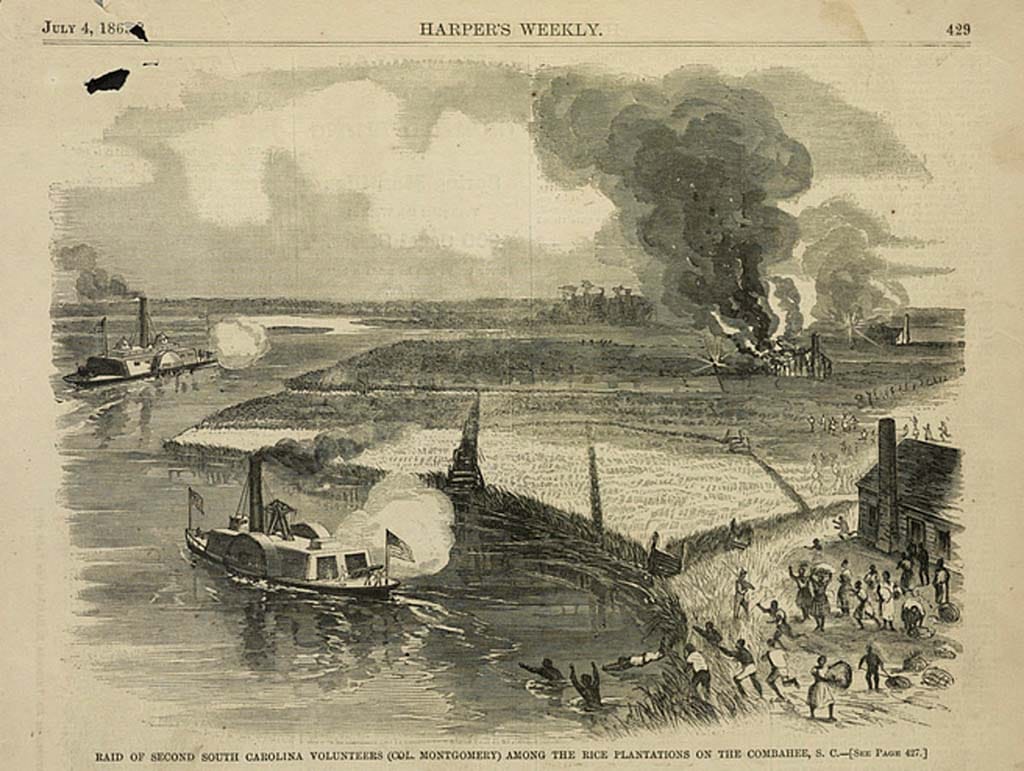 In 1863, Harriet Tubman planned the Combahee River Raid alongside abolitionist Colonel James Montgomery. The goal of the raid was to free enslaved people, recruit people into the Union Army, and destroy rice plantations. The raid was a success; on June 2, 1863, Harriet Tubman led 150 black Union soldiers in the Combahee River Raid, which resulted in the liberation of more than 700 enslaved people.